Finalizing the Most Important Presentation of My Career

[20 Years Ago, Part 9. Other options: prior post or start at the beginning.]

It could be said, as I prepared for my big exec team presentation, that I didn’t quite know what I was getting myself into. You see, I was pretty green – in more ways than one. I’d been at SGI less than a year, and aside from a summer internship at Tandem, this was my first job in Silicon Valley, my first job in tech. Heck, it was even my first job in the for-profit sector! And unlike all the other product manager types at SGI, I did not have an engineering background, so I was essentially learning Computer Science on the job. Oh, and although I was 32 at the time, I looked way younger.

And now I was stepping forward, asking to be put in charge of an effort to launch the company into the web authoring and web serving markets with a whole new product line that would span multiple divisions.

The people I was about to present to, on the other hand, were leaders of the hottest company in Silicon Valley, and they were all incredibly technical, with real depth in domains like 3D graphics, chip design, systems architecture, networking, and so on. In attendance would be the GMs of four hardware divisions and two software divisions, a VP of manufacturing, as well as other execs (finance, legal, and marketing, I think). Running the meeting would be Tom “TJ” Jermoluk, the hotshot technical leader who had rocketed up from engineer to President and COO in less than eight years.

In other words, I probably should have been more than a little nervous. (And it might have been a good idea to do some homework on my audience.) Instead, I stayed calm, cool, and keenly focused on building up an SGI-quality presentation.

Fortunately, my colleagues on the Indy marketing team had my back.

For example, on Monday, two days before my presentation, Sanford Russell, who had done the Hotwired site sponsorship deal that planted our flag in the web market, asked me, “Have you ever presented to TJ before?” I didn’t realize it at the time, but in hindsight, he surely already knew the answer.

“TJ is very tactile,” he said. “You may want to bring a prop or two to make your pitch more tangible.”

I thanked him and ran off to look at my draft presentation through a whole new lens.

How to enhance it with “props”? The first thing that came to mind was the part of the presentation on the web authoring market opportunity. In that, I had planned to make an impassioned plea for creating an SGI-quality, drag-and-drop, WYSIWYG HTML editor, and to only make brief mention of “Plan B” (just getting SoftQuad to port HoTMetaL Pro). Suddenly, I recalled the shrink-wrapped box of HoTMetaL Pro that I brought back from Chicago. I had my first prop. (Photo below is pretty much what it looked like, although this is actually version 2.0 and for the Mac.) 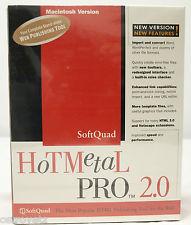 To find a second prop, I pondered how I could make more tangible the new product line I was proposing to create. And so I headed over to Manufacturing. On foot. (Yes, we were not manufacturing in China.) I walked across the driveway of our office park in Mountain View (the same one that today is headquarters for LinkedIn), and entered Building 1, where our workstations were assembled and packed for shipping.

Within minutes something caught my eye. Indy had a very distinctive bright turquoise shell. But sitting on a shelf a bit to the side of the assembly line was something that looked just like an Indy shell, but it was pitch black. I asked what it was for and was told that it was for the Indys sent to Tandem via our OEM partnership. 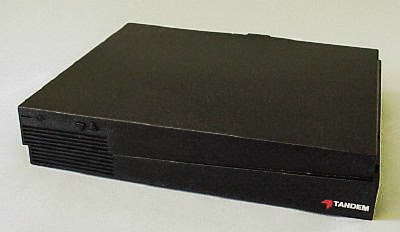 (BTW, the one that my friends in Manufacturing lent me did not have a Tandem badge on it; it was just the shell, not the whole system in the picture above.)

Now, I had two props, but I also had a new puzzle. To make the proposed product line truly tangible, I’d need something more that a distinctive black shell. Suddenly it was clear that I was missing something vitally important to the pitch – a name for the product line!

As any of you who have ever named a product or company can attest, coming up with a great name can take days, weeks, or even months. I had less that 48 hours. Fortunately, the pitch black shell yielded some inspiration. If this were to be the first product line for the builders of the web, and it were to be all black, then it should be called, “Spider1”. And the name gave rise to a tagline, “For some, making a Web comes naturally.” (Okay, kinda hokey and a bit tortured in hindsight, but certainly good enough for creating a slide that would make this product line truly tangible!) And based on this image I found in my notebook, it looks like I may have ended up creating a mock print ad as the primary image for one of the slides in the deck: 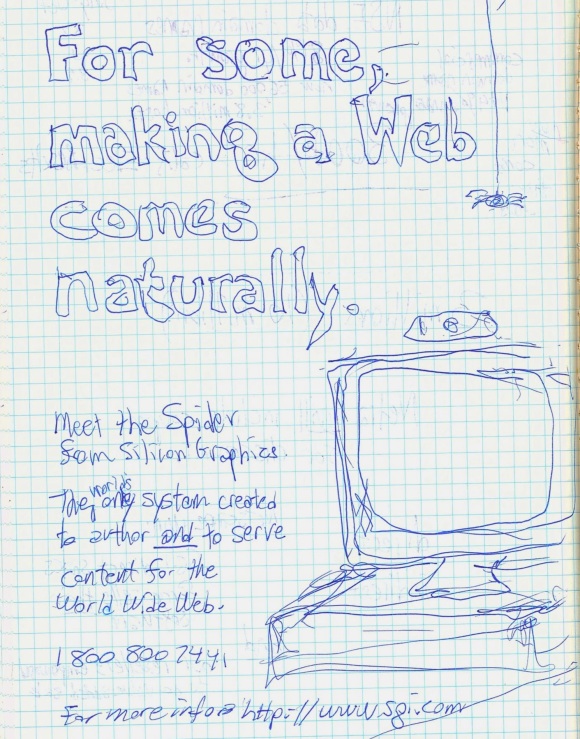 I was in a great mood as I headed down to Café Iris with Sanford Russell and another deeply experienced member of the Indy Marketing team, Peter Hubbard. Peter had taught me a lot about how the workstation business works. Originally from the U.K., he had a quick wit and the remnants of a British accent. As we ate our free dinner (a now-common perk that SGI helped to pioneer), Peter asked me if I was “all ready” for my big presentation. Indeed, I was, I assured him. Then he asked with a smile, “So, how much are you asking for?”

“Um,” I said, a word that I rarely use. “I’m not actually asking for anything. Tom asked me to not go hat in hand.”

Sanford, as if on cue, jumped in. “So, let me get this straight. You’re going to take 20 or 30 minutes on the agenda of the COO and exec team to get them excited about the company’s biggest market opportunity, and then you’re not going to ask for any investment?”

Without missing a beat, Peter added, “Sounds like you’re wasting their time.”

Suddenly, I wasn’t hungry any more. This evening would no longer be about rehearsing and going to bed early. Now, I had one more slide to create: the business case for a multi-million dollar investment request.

1For those who know how the story unfolds, this interim name is no doubt a surprise.

2 thoughts on “Finalizing the Most Important Presentation of My Career”